It's essential that an alerting and notification system send all the information you need to quickly determine what action to take, but to not provide too much information or too many alerts which makes them each less useful.

With those two things in mind we've been improving our alert and hook system and are happy to announce some big improvements to the Slack integration.

Previously a Slack message was sent for every test result, which is flexible but too noisy for failures on a large number of tests. Now Slack messages are sent once per test run and will preview information about the entire run as well as the details of each failure. Here's how the new messages look: 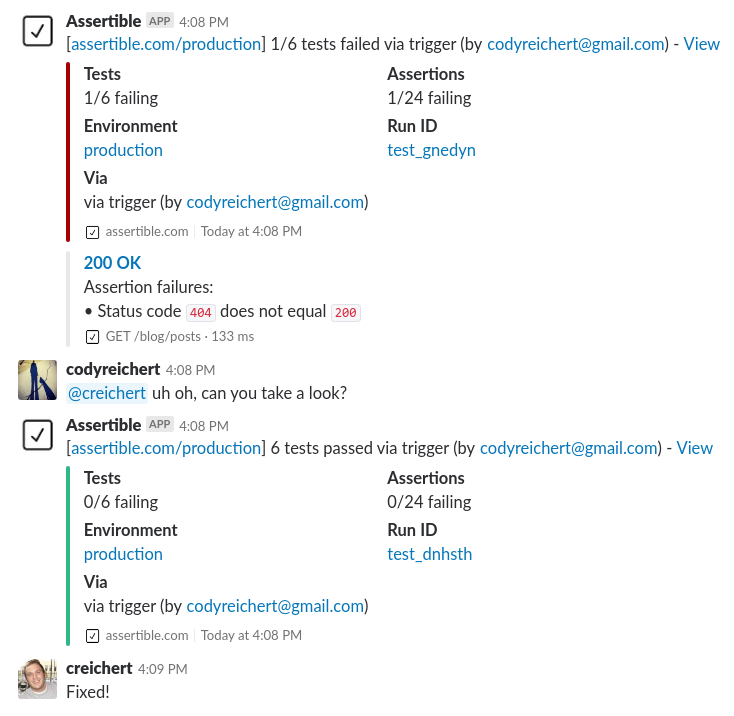 In addition to overall metrics and information about the run, there's a few different formats you can expect. Here's some examples:

Test(s) failing in a test run

When some of the tests in a run are failing, they'll be attached to the message with the reason for their failure.

All tests failing in a test run

If all of the tests in a run failed (and there are more than two tests), a single primary notification highlight the more specific reasons for the overall failure will be available: 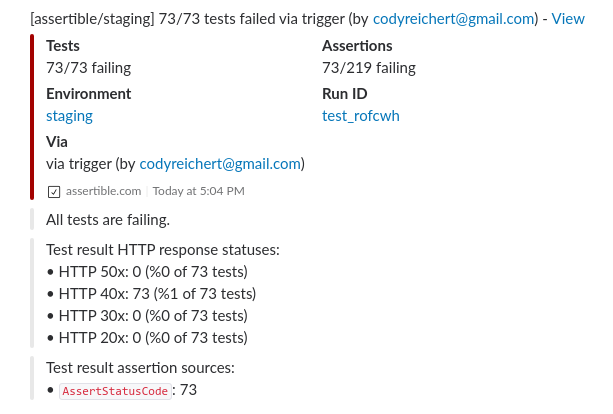 All tests passing in a test run

Using the On test run complete trigger, you can get a notification that your services are available and all tests are passing:

Integrations are a big part of Assertible and API testing in general, so we're continuing to work hard on more improvements to Slack and all the other hooks and alerts.

If you have any feedback on the new changes, or would like to see something in Assertible or an integration, send us a message, reach out on Twitter, or open the chat box on this page!