Many different API testing use-cases rely on some form of static data fixtures to test various instances of an application. For example, it's common to use seeded data when testing pre-production API environments like staging or qa. It's also common to have set of test users in production systems specifically for automated testing. 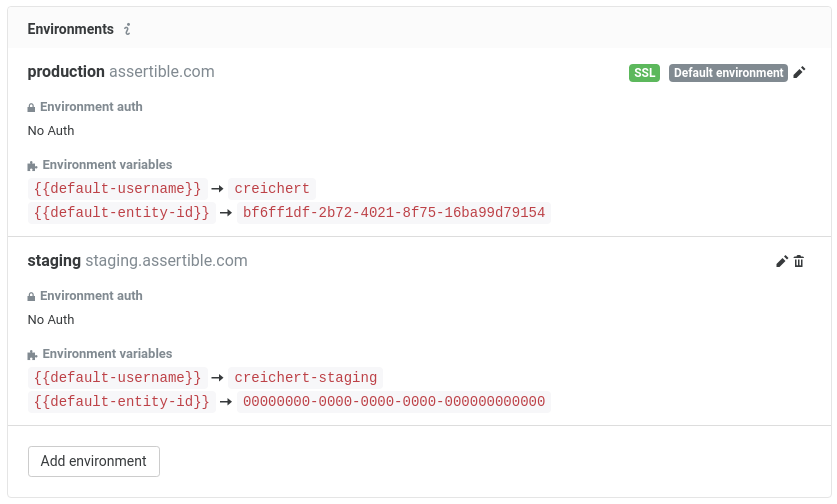 Environment variables are great for:

Setting up environment variables for your API tests

There are 3 places you can configure variables in Assertible:

Similar to environment auth, variables have an established precedence to make it easier to override variables on specific tests. The precedence is as follows:

Furthermore, if you create a setup step which defines a default-username dynamic variable, it will override both the test variable and environment variable with the same key.

These new features are available today for all accounts. To get started, check out the documentation for environments. If you have any questions or comments, contact us any time - we'd love to hear from you!

This is just the start of many improvements we plan on making to Assertible. Have an idea for how we can improve the API testing experience? Shoot me a message on Twitter or reach out directly and let's chat!

Start testing your API for free